I am Mr. Smith and I have the honor to inform you, on behalf of my colleagues, that we successfully breached into your huge network.

We are glad to say that in a complicated cyber operation, infiltration to your network accomplished and we obtained most valuable informations. (1.5 Terabyte)

We confess that HBO was one of our difficult targets to deal with but we succeeded. (It took about 6 months).

Also, we obtained full scripts and cast list of your (and our) very popular TV series; Game of thrones S7.

You concealed GOT7 very carefully so we can't find it due to lack of time although we are so close. Instead, we produced some tiny mini-series of GOT 7 for you which be able to shock the entire world!!!

What we got from GOT 7 not only put an end to fate of this season but also corrupts your idea and efforts to season 8.

Don't hesitate to search, we obtained enormous amount of Full scripts and full length films and series which will be broadcast in upcoming months! We put our logo "HBP Is Falling" on all of them for future possible release !!! We are hackers for accept our apology for amateur mixing!

We noticed that HBO seriously keeps its work products, Inventions, raw materials and etc by various security measures and confidentiality, so it's obvious for us (and you), by revealing such data what will confront your empire.

Leakage will be your worst nightmare; your competitors will know about your current & future strategies, your inner circle inside HBO & senior staff will be thrown into chaos, your views specially fans became very upset and they blame you rather than us!, downfall in stocks will be predictable and so on. As you are in the business from decades, you yourselves will be full aware of catastrophic consequences .... So make a wise decision!

HBO is pioneering in TV programming worldwide and doesn't want to lose this situation. More than that, HBO is promoting democracy, women rights, freedom and justice in the world and losing this leadership will be painful and catastrophic.

We are your fans as are many other ordinary people. We know that HBO walked a long way to reach current situation. By Analyzing Vivienne Eisenberg's profile, we noticed how difficulty way you go to be the first in the market.... Our motives isn't political nor financial. (Even we hate trump like other Americans do) Its like a game for us, we enjoy to get data. Money isn't our main purpose.

(my colleagues argue with me about details given to you and length of this letter, but as there will be very few emails between us, I must assure you about what we have, what will be confronting you and what should be paid to settle down everything!!)

We honestly share what we got with you and frankly bring you our demand. We are whitehat hackers and it's very shameful if you compare us with some noisy & amateur blackhat ones like Darkoverload. You will see in future steps in our operations that we fulfill any promises made and any given word.

We don't want to endanger HBO's situation nor causing to lose its reputation. We want to be your partner in a tiny part of HBO's huge income.

HBO is an important part of Time Warner's vast array of networks and productions businesses and your estimated annual sale in 662 million dollars in one fiscal year. As all of us know "Very well", This number is official crap and some-how wrong. By analyzing your financial records, we see billions rather that millions, may be some tax evading proofs, so what? It doesn't matter, we want only XXXX dollars. In your opinion, is this a greedy number for saving your 1.5 Tb Confidential data from being released?

HBO spends nearly 100 million to produce GOT6 and spends lots of money for series like Insecure, Ballers, The Deuce, Barry, Room 104 and ....  . Now we have final scripts and final video files of them. HBO spends 12 million in 2017 for Market Research and 5 million for GOT7 advertisements. So consider us another budget for your advertisements!

Our demand is clear and Non-Negotiable: we want XXXX dollars to stop leaking your Data.

I know (as witnessed in our other operations) that a greedy CEO or an Idiot one who doesn't understand the new era of cyberspace or a fucking, Full of Pride, FBI fat-ass agent, tells you Don't pay them, How trust them? What if they release the data even they have been paid? By paying money, you keep them in the circle!

The answer is simple: we are white-Hat. You must trust us. The HBO is our 17th Target. Only 3 of our past targets refused to pay and were punished very badly and 2 of them collapse entirely.

How are you able to stop a group like us that spends about 400-500,000 dollars in a year to buy 0days exploits? We often launch two major operations in a year and our annual income is about 12-15 million dollars. We are serious enough to do our business, the main questions is this: How much is your seriousness to keep your empire on its feet in a NEW BRAVE WORLD?

Don't call us nasty Hackers, we are IT professionals, consider what is done to you as a huge pentest.

For building mutual trust and confidence, we send you, our entire arsenal! (Except on package for ;last possible Leak which surprises not only you but entire world!). We don't play with you so, you in return, don't play with us. You only have 3 days to make decision so decide wisely.

You pay our 6 month salary to bitcoin and we get away form your map. As we witnesses in other cases, Fucking FBI or other police enforcements, teach you couple of outdated trick to play with us and buy time. It doesn't work with us.

We set a time line for you in 7 weeks of GOT 7 and you pay the money in the way we say. I repeat again, don't play with us, its only your decades of dignity and heavy efforts that will be played with.

If you pay, both of us will be glad, and every one goes to his work. If NO, then we are still happy, we release the entire collection and set an example of Idiot and old-fashioned collapsing player in the field for our future targets. So you will be the loser and we are still in the field!

You must understand that we are in the new world. You cannot ignore players like us. HBO must adopt itself with new circumstances. Doing so, set you straight forward and Lucky. by ignoring this new era, the first victims will be your reputation and your empire.

There are several disputes between by colleagues about your possible reactions. It's like betting. Some of them (by analyzing some of your CEO and their attitudes) tell me that you don't pay. I and some others, being optimistic, will count on your true & wise decision. It's up to you!

Winter is Coming — HBO is Falling

As Architect said in Matrix II: "the problem is choice!" 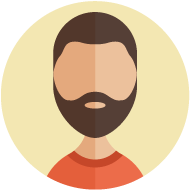